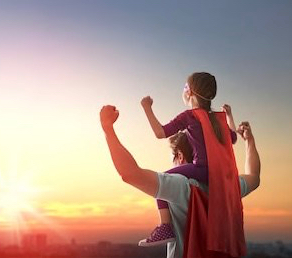 Fathers are classic heroes. They don’t earn this title because of their physical strength, but because of the way their children see them. In a child’s eyes, Dad is the ultimate superhero: a role model. True heroes are selfless, brave, and sacrificial. They are kind, gentle, and loving. They are honest, pure, and genuine. A father embodies all the qualities children deserve to look up to in a Dad.

As a parenting blogger, I keep up with other moms and dads who are online and have positive messages to share. While moms still dominate the blogger world, there is an increasing number of dads popping up with a powerful presence. Dads from every background, every corner of the globe, and every walk of life are making their mark and showing us why fatherhood is such an important and sacred role.

Through my blog and social media, I’ve been fortunate to get to know several hero dads who are committed to promoting the value of fatherhood, and bettering our world in doing so. The four men I interviewed for this feature are true gentlemen whose proudest accomplishments are their children. They all have a powerful message to convey and each one does so in his own unique way. They shared with me their feelings on the significance of fatherhood, and it’s an honor to shine a spotlight on them and their important message.

I hope these fathers inspire you as much as getting to know them has inspired me.

James Lopez is the quintessential New Yorker: he’s funny, straight-forward, down-to-earth, and 100% real. A decade ago, this tech entrepreneur seemed to be the definition of success with a flourishing and lucrative career. But it wasn’t until his professional life took a hit that he learned the true definition of success.

James left his high-paying tech job seven years ago to start his own business — The Phat Startup — a kind of Silicon Valley tech startup geared toward the urban culture. While building his business, he became a stay-at-home dad. 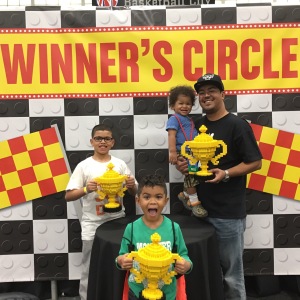 Though The Phat Startup enjoyed success at the beginning, the business ultimately failed, but provided James with a better opportunity.

With more time to devote to his three sons, James became inspired to channel his tech experience into promoting his favorite role of all — Dad. He started cool4dads.com , which he describes as “Yelp meets Huffington Post” for fathers. Through his website and establishing his #FatherhoodIsLit initiative, James has been able to reach a large audience of fathers who need an authentic voice, as well as active fathers who are looking for cool things to do with their kids.

On his Instagram account, you’ll see James spending his weekends with his sons organizing father-child events throughout the New York area. Alongside other fathers and children, he builds projects at the Home Depot and Legos at comic book stores, all the while helping families to build stronger relationships.

James’ commitment to inspiring fathers to be present is backed by real opportunities he provides for valuable family time. After a recent event he hosted, he shared on social media that a young boy came up to him, hugged him, and said, “Thanks for giving me something to do with my Dad.” Now that’s the definition of success.

James is a true messenger of hope for fatherhood. Here’s what he shared about the importance of being Dad:

I believe that a dad’s presence never has to be boring and I made it my mission to show them that. That’s why I started the #FatherhoodIsLit initiative under the cool4dads.com umbrella. Being a dad is one of my greatest ongoing accomplishments and I wanted to help other dads realize that in their own way. I live by the motto #PresenceOverPresents and now have a platform to prove it. It was a blessing building The Phat Startup but now it’s time to show the world that #FatherhoodIsLit.”

Octavio has coined himself “Top Dad,” but he wants to share this title with all fathers.  It’s his mission to spread awareness about the importance of active 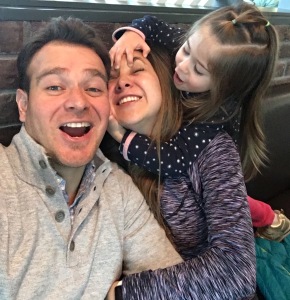 parenting in fatherhood. Octavio doesn’t want dads to be seen as babysitters, but instead to share equally with moms in the work of raising children. He considers it an honor to raise his 3 year old daughter Regina alongside his wife of 8 years — who he affectionately nicknames “Top Mom.”

Octavio hails from Mexico and is an
Industrial Engineer, now dedicated to Operational Consulting Services. He’s a fun-loving, mountain-biking vegetarian who loves being a family man. This renaissance man speaks English, Spanish and French, and takes to social media to convey his positive messages about fatherhood in multiple languages to reach a global audience of parents.

As soon as I got to know this happy gent, I found it no surprise that so many others enjoy following along with him. Octavio’s powerful message has an international appeal thanks to his ability to talk about real-life parenting with relatable humor and sincerity. He offers helpful lessons and child-rearing advice in a funny voice that makes him seem like a Dad you’d quickly befriend. He presents the everyday challenges and triumphs of parenthood in a way that shows fatherhood as a privilege. Octavio inspires fathers around the world to commit themselves to their families. Now that’s what I call being a Top Dad!

Here’s what this Top Dad has to say about fatherhood:

”For me, very particularly, paternity is to leave behind your past of luxuries, parties, senior management positions, to focus your energy and commitment now on your core value: your family! It represents a strong teamwork with your partner to achieve an effective and active parenting by both. It means being a true TopDad; not just Daddy! Paternity is a shared responsibility and many fathers still have social prejudices to exercise it at the same level of involvement as a mother. If they knew all the benefits to their children from their involvement at an early age, they would have no doubt about it. For me, fatherhood with attachment is the education and values ​​that we give to our children to prepare them for this world so that they can contribute positively! Choose wisely!”

California Dad Nelvine Ocampo was born in the Philippines and raised by his grandparents. When he came to the United States at eight years old, he experienced some major culture shock, which fortunately, according to him, was cured by his discovery of Toys R Us.

These days — while coming to grips with the departure of his favorite store — Nelvine’s a busy and happy family man. He keeps his health in mind and maintains a regular fitness routine with his lovely wife Rocio. But keeping up with his six year old twins Knox and Nia is probably his most rigorous exercise! 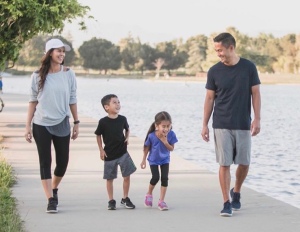 years. Getting to know him on Instagram quickly shows you that he is self-disciplined and committed to work and life — but mostly to his family. Nelvine has a knack for motivational writing, and often shares inspiring thoughts about happiness, success, and spreading kindness.

Nelvine is a 40 year old kid at heart, who loves football and admits his favorite activity is laughing and being silly with his loved ones. He has found a wonderful balance of respecting what’s most important in life while also not taking life too seriously. I knew this thoughtful writer would have some inspiring words to share about the meaning of fatherhood…and he certainly didn’t disappoint:

“Before I had kids, friends would tell me how awesome it is to be a dad. They said it’s the best feeling ever. I really didn’t grasp that feeling until I became a father myself. It’s seriously the best ever. It brings me absolute joy! Why? Because you literally have no choice but to step up. To step up your level of awareness, your empathy, your love, your health, your relationships. When it’s no longer all about you, the meaning becomes a lot more meaningful. The mission changes.

Life, happiness, absolute joy…it’s all about becoming….becoming everything you’re meant to be. And being a Dad leaves you no choice but to focus on that, whether you’re aware of it or not. Our kids teach us more about ourselves than we actually teach them. It’s ironic. Their divinely awesome essence allows us, dads, to make one too many mistakes without judgment, guilt, or shame. And trust me, I’ve messed up a lot in this process and still do. But that’s the beauty of fatherhood: our kids don’t see our mess-ups as ‘mis’takes… instead they allow us to do as many ‘re’takes as we want. Our job is to make sure we adjust accordingly to those ‘re’takes.”

I first discovered Illinois-based Clinical Psychologist Kelly Flanagan in 2014 when he appeared on the Today Show after a letter he wrote to his daughter from a Target makeup aisle went viral.

Kelly and I have a lot in common: we’re both psychotherapists, parents, writers, and bloggers. It was refreshing to see a fellow mental health clinician exercise his love 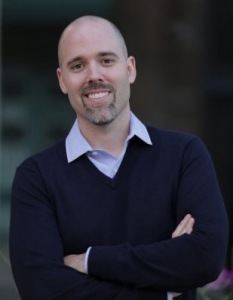 for the written word through blogging — his is called UnTangled. I introduced myself to Kelly online and we began following each other on Twitter.

Still known for his heartfelt letters to his children, Kelly’s career continues to grow and his positive messages of personal healing and healthy love can be found in his newest book, Loveable, as well as on his podcast, The Loveable Podcast.

Having a like-minded professional as part of this post’s great group of dads is a treat to me. Here are Kelly’s thoughts on raising boys:

“After my last letter [to my daughter], an interviewer asked me what words I would have for my boys. My first thought was, ‘Just two words: I’m sorry.’ Because those two words have the power to undermine the ego game in which boys and men are so often encouraged to compete. So, I wrote this for my boys — because I want them to be free of the game. And I wrote it as a permission slip to a world of fathers who have an opportunity to fundamentally change the way our world works, by freeing the next generation from the game we play, one father and one son at a time. Boys, instead of placing conditions of worth upon you, I want to become a reflection of your worth — I want to mirror the awesome beauty I see in both of you, so you can begin to see it in yourselves.” 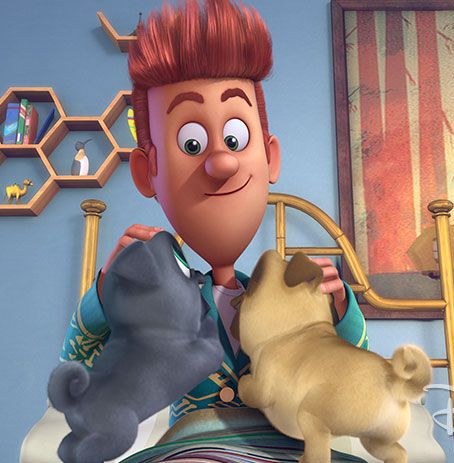 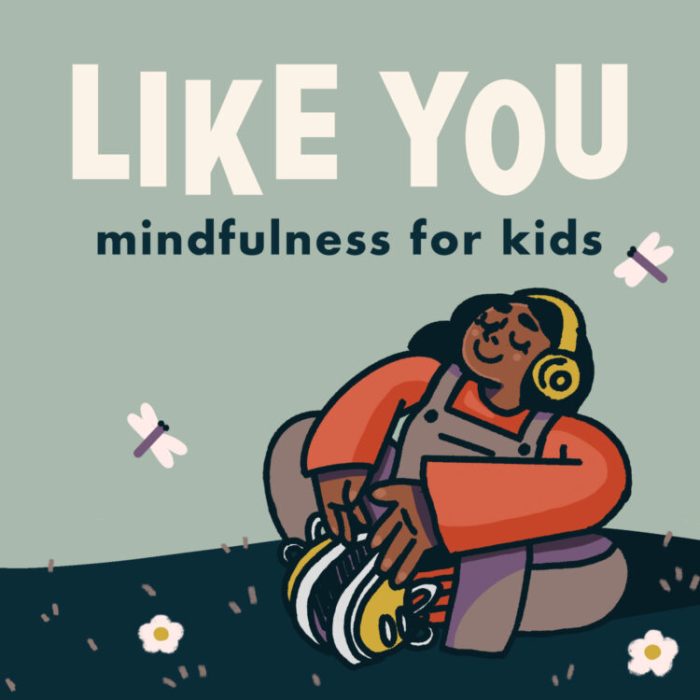 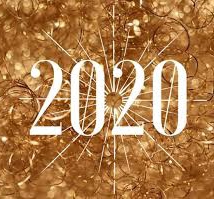 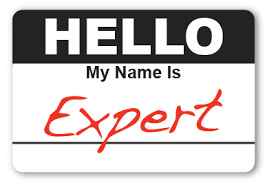 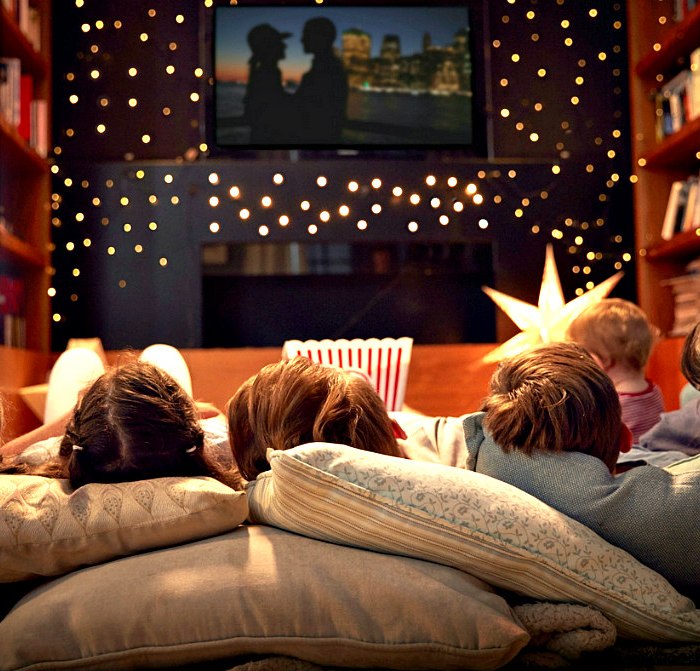